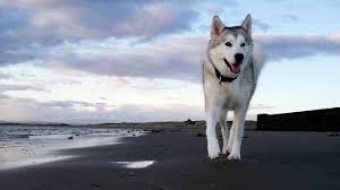 My dog Monty is a Siberian Husky. One day Monty went running after the neighbours dog in the backyard and fell. He got back up and continued to run with no issue.

When he returned back into the house he was very uncomfortable and was not applying weight to the left hind leg. I looked him over looking for any signs of a broken leg, something stuck in the pads of his paw and applying some pressure to see if any area hurt on his body. He did not yelp or respond to anything but knowing him I knew he was hurting.

Once I got him settled on his bed I proceeded to do Response5 as this was an emergency as the fall happened not too long ago.

He fell into a deep sleep after doing one round and I let him sleep until the morning.

In the morning he was still not applying weight to the leg and I felt that we needed to see the vet just in case. The vet found that he had a slight rip to his cranial cruciate ligament (CCL) and would require surgery.

The surgery went great! Monty and I left with full instructions on what to do each week of his recovery. I was told that Monty was not going to be able to apply weight to that hind leg for a week or more to not be worried that it was normal.

After being under anesthetic Monty would become very vocal (typical Husky behavior) for 2 days and the family tends to loose a lot of sleep.

When I got him back home I proceeded with two rounds of Response5. His shakiness, his rapid breathing and his cries started to slow down after each move to the point he went into a relaxed sleep.

I set up my spot on the couch beside him for the night and we both slept the whole night with no issues! The next morning Monty was applying full weight to his leg like he never had surgery. I took him back to the vet for a follow up that day and everyone at the vets office was in complete shock to see Monty walking with no assistance from me.

Monty has had a great recovery from his surgery and I believe it was all from learning Response5 and applying it to emergency situations.